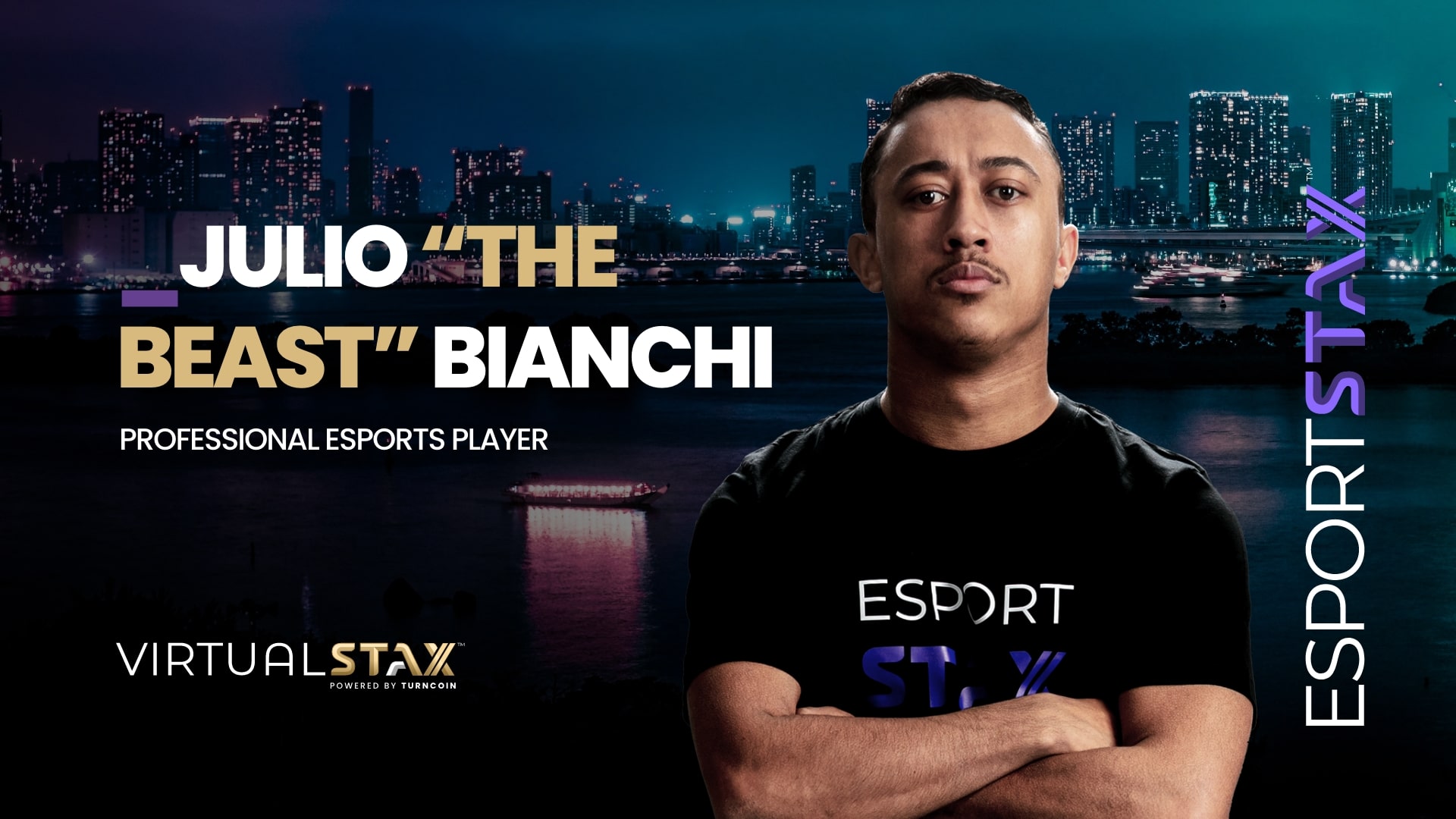 TheXchange is proud to welcome another legendary ambassador to our team. Julio “The Beast” Bianchi will be the official esports Ambassador for VirtualStaX.

At 23 years old, professional FIFA player for Goliath Gaming, Bianchi, is the first South African esports athlete to qualify to represent his country and the continent at the FIFAe World Cup in 2021. Originally a competitive footballer, an untimely injury sidelined him and forced him to reconsider his career path. His natural instincts for the physical game then translated effectively into the esports arena.

His incredible journey to the top has been one that shows this grit and determination. In the FIFAe tournament, he had to compete against previous World Champions in the Regional Qualifiers.

In these qualifiers he lost a match early on, meaning he had to fight his way through the lower bracket, showing real grit and character, to ultimately earn his way back into the competition. Having done that, he then made it through to the Grand Finals guaranteeing his spot in the FIFAe World Cup.

Rudolf Markgraaff, CEO and Founder of VirtualStaX had high praise for Bianchi. “We could not have found a more perfect ambassador for this explosive sport. He is a savvy competitor, but at the same time possesses those characteristics of charm and caring for his community which are so much a part of our “people for people” philosophy of StaX. Welcome onboard “Beast”!"

TurnCoin is available for investment on turncoin.com, with further credibility added by its partnership with Securitize.io as its registered transfer agent.