THE EXCITEMENT FOR VIRTUALSTAX: WHY DO PEOPLE WANT TO ISSUE STAX? 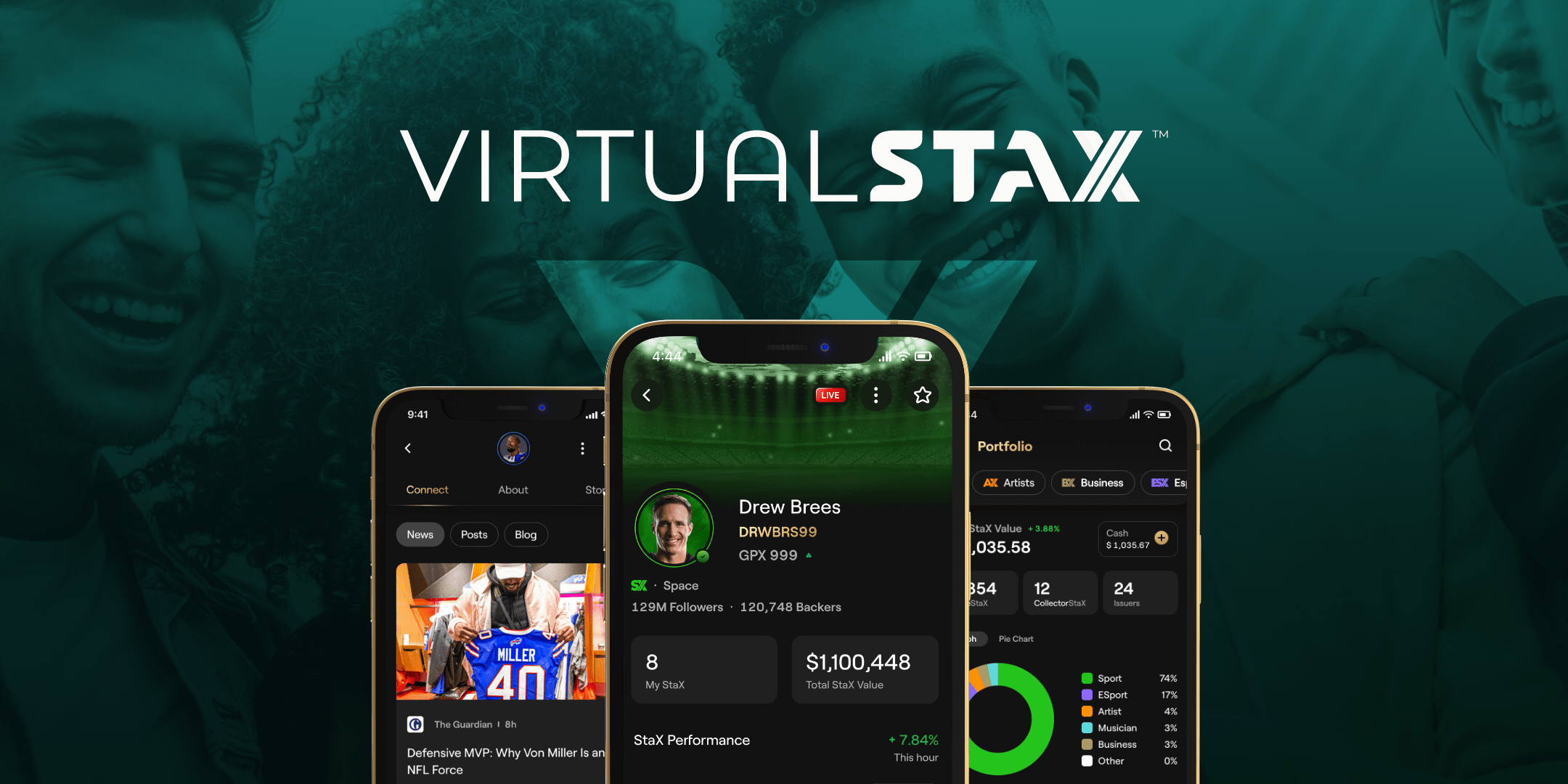 People from all parts of the world are talking about the world’s first global exchange for talent and the hype around VirtualStaX is building day by day. As things are being finalized for the highly anticipated VirtualStaX launch, people have been signing up on the VirtualStaX website to be first in line once the platform launches globally on Friday the 14th of October. Users were asked to include motivations as to what they are looking forward to the most and why they want to join the VirtualStaX platform.

Several people spoke about their desire to be a part of a movement that spreads positivity and overall good energy in a world that desperately needs uplifting. One individual from the United Kingdom mentioned that the ability to support future generations across different industries was most appealing on why he joined the VirtualStaX waitlist. He explained that “allowing people to drive their own empowerment” is such a valuable concept he really wants to be a part of. An individual from Germany believes that VirtualStaX is a platform that creates a value chain that benefits every single person part of that process, making it a truly people for people movement which he believes is one-of-a-kind. In South Africa, a 19-year-old artist plans to use VirtualStaX to show her art, which she has been creating since she was only seven years old, to her newly found community on the platform in order to inspire others.

A few female respondents expressed their interest in VirtualStaX due to the platform’s clear focus on inclusivity and an opportunity for a level playing field for all. A woman working in the construction industry believes that through VirtualStaX she can obtain much needed funding to uplift her to the next step in her career by potentially starting her own business. An aspiring South African stunt double explained that she wishes to be a leading influence for females interested in working in the entertainment industry through the all-inclusive VirtualStaX platform. Similarly, she explained that in the entertainment industry she often feels a lack of financial and emotional support and believes that with VirtualStaX she can finally have access to the desired support that can help elevate her career forward.

There is a big motivation amongst StaX enthusiasts to help their family and to make them proud on a global scale. A 24-year-old man from the USA explained that his plan is to use the VirtualStaX platform to help his mother. He mentioned that she raised him as a single parent and had to balance studying and working while making sure that he was able to attend school and sport training. He wants to use VirtualStaX to make her life easier and lift the pressure off of her shoulders.

In the USA, a proud father explained that he plans to issue his eight year old son’s StaX to help him on his Baseball journey from the beginning until he hopefully reaches the peak in the sport. He mentioned that VirtualStaX is a good promotion opportunity to spread the word about a young, up and coming player's abilities and for him to easily be seen by people who can help make the passionate boy’s career a success by backing him from the start.

Majority of the people who have registered on VirtualStaX believe that through the platform they have the opportunity to reach their​​ full potential and make their dreams come true. A swimmer from Australia believes that with the help of the VirtualStaX platform he can make the Australian team for the 2024 Olympics in Paris. Some people feel “stuck” in their current job or don’t see a future for what they are currently doing and feel that with VirtualStaX, they can have a fresh start by doing something they really enjoy and are passionate about. An amateur Baseball player says it’s his dream to play in the big leagues which is why he is issuing on VirtualStaX. Through the VirtualStaX Platform, he wants to leave a lasting legacy in the sport he loves.

Whether people want to be “discovered” or to “make a comeback” in their passion of life, many are excited by the VirtualStaX Platform and to see what it will do for millions of people around the world. VirtualStaX is an easy solution to long-term challenges. As one user put it,”VirtualStaX is simply the future”. For more information, visit www.virtualstax.com and sign up today.